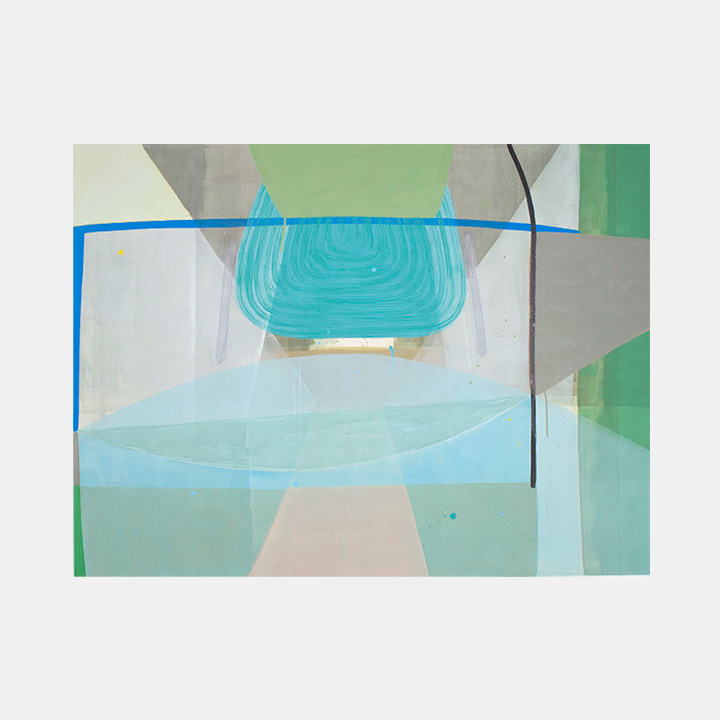 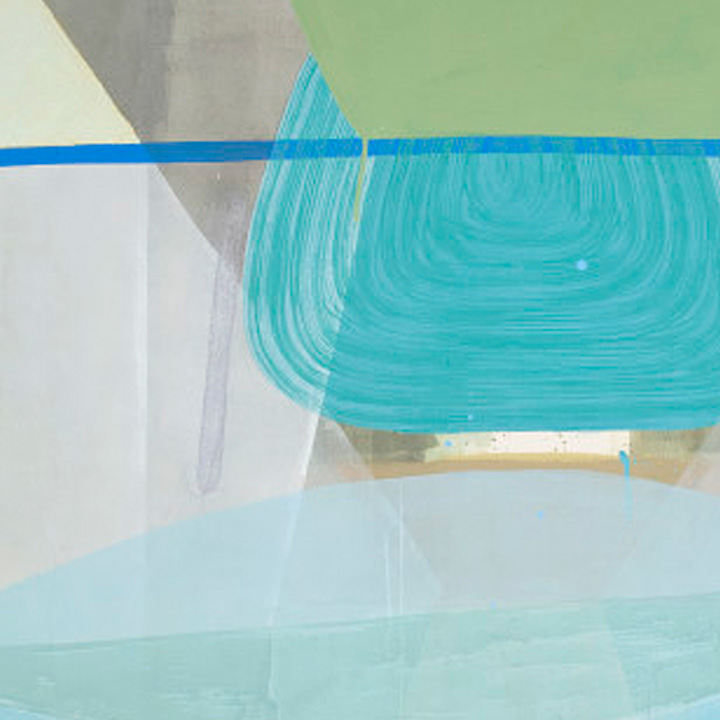 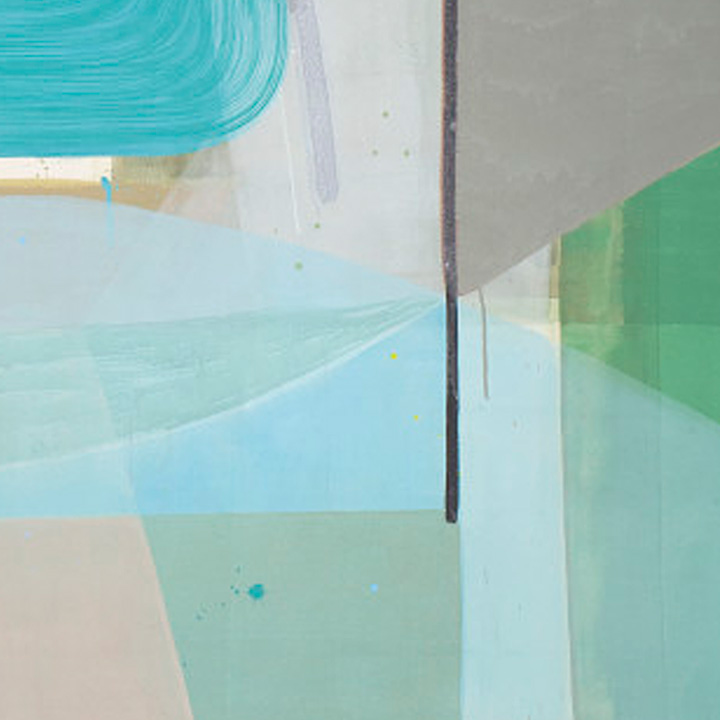 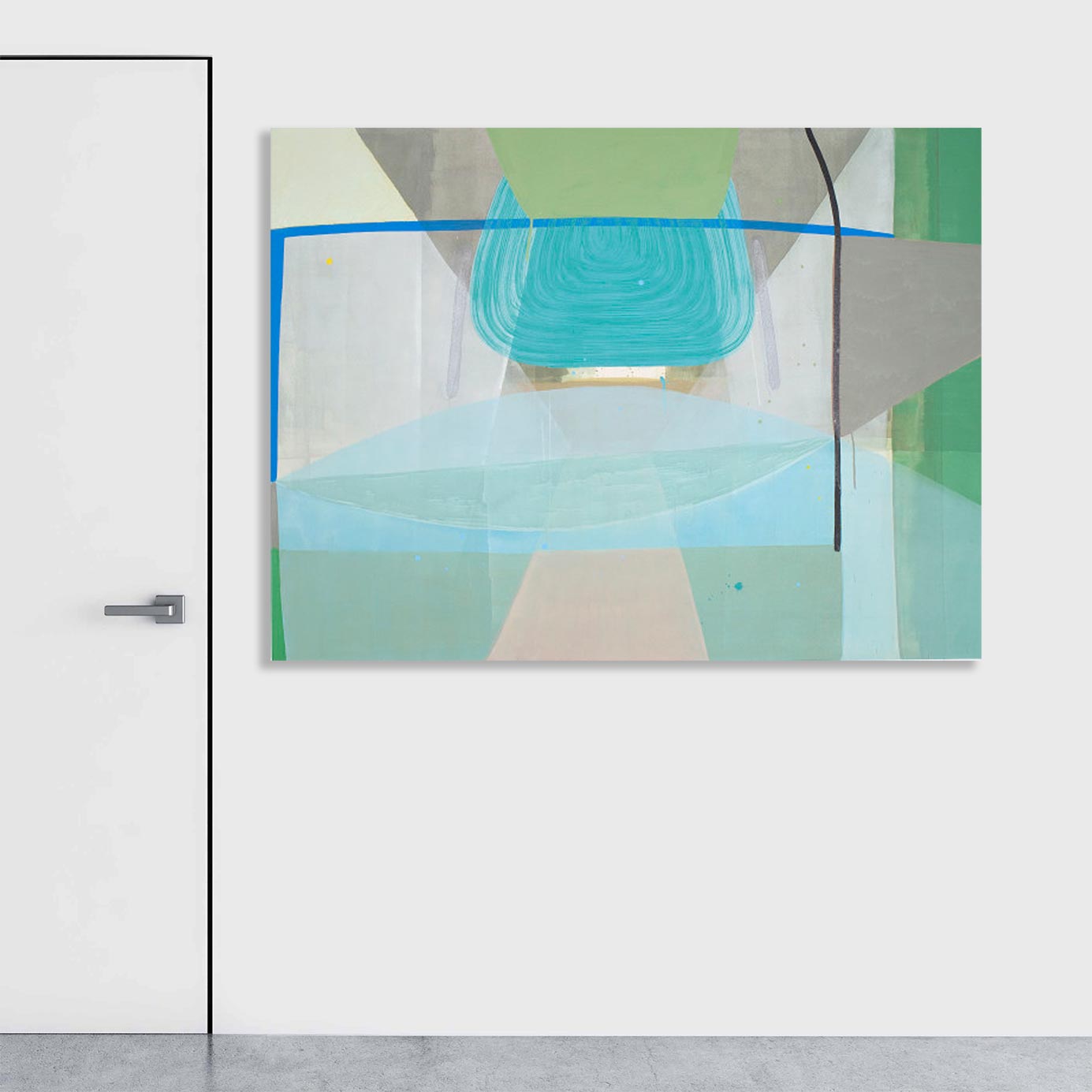 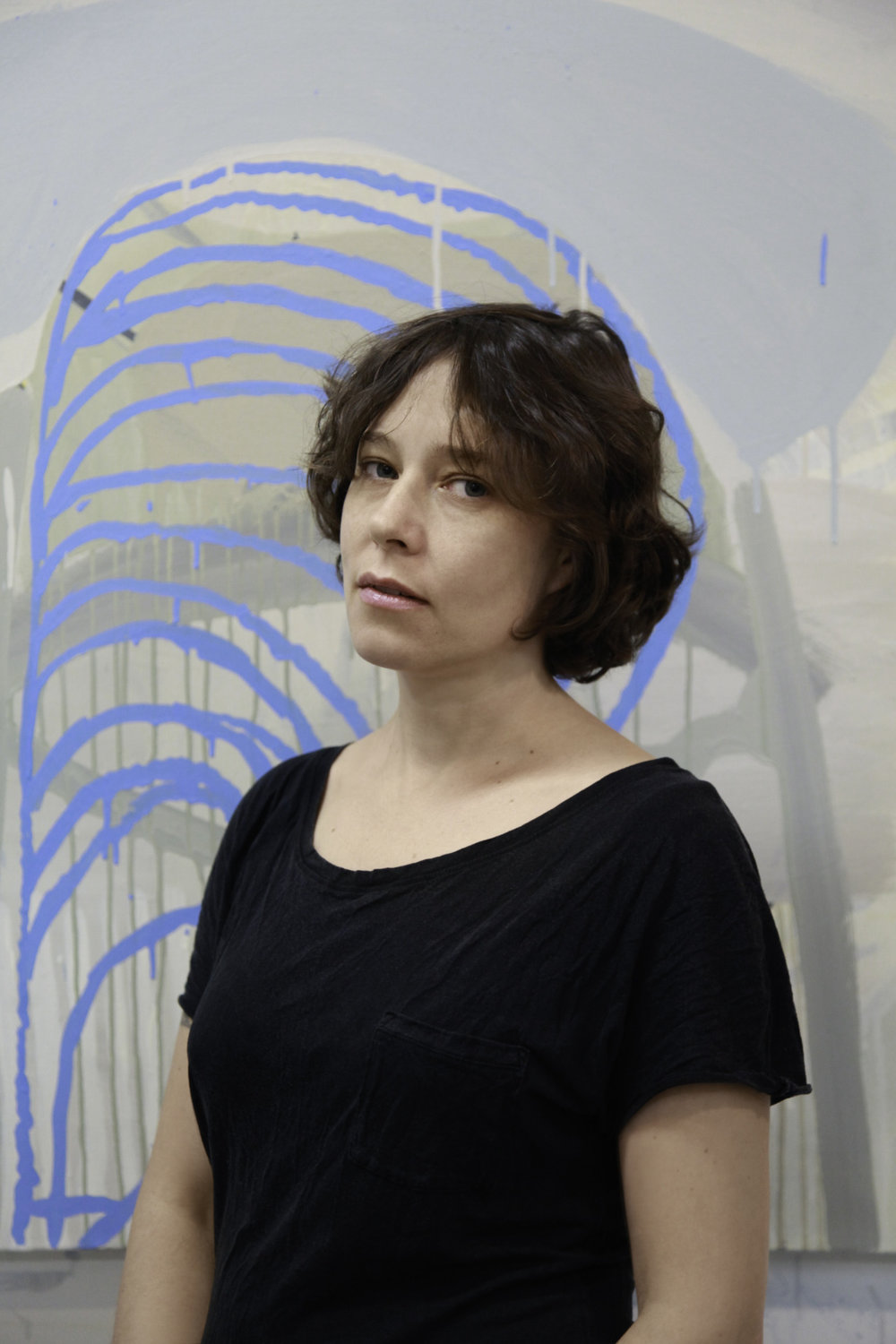 Ky Anderson’s geometric, abstract paintings are in fact referential of quotidian subjects. Anderson firmly believes that her “imagery is descriptive of the world around us,” particularly in that it conveys a sense of distance. Her compositions frequently feature flat forms, limited palettes, and abstract lines that allude to the horizon. Anderson usually works on a group of paintings incrementally at the same time, which is why suites of paintings often have similar colors. Other times, she begins a work and sets it aside, returning to and reworking it slowly over the course of years. Anderson does not think of a narrative before starting a work, but instead lets them appear as they are completed. 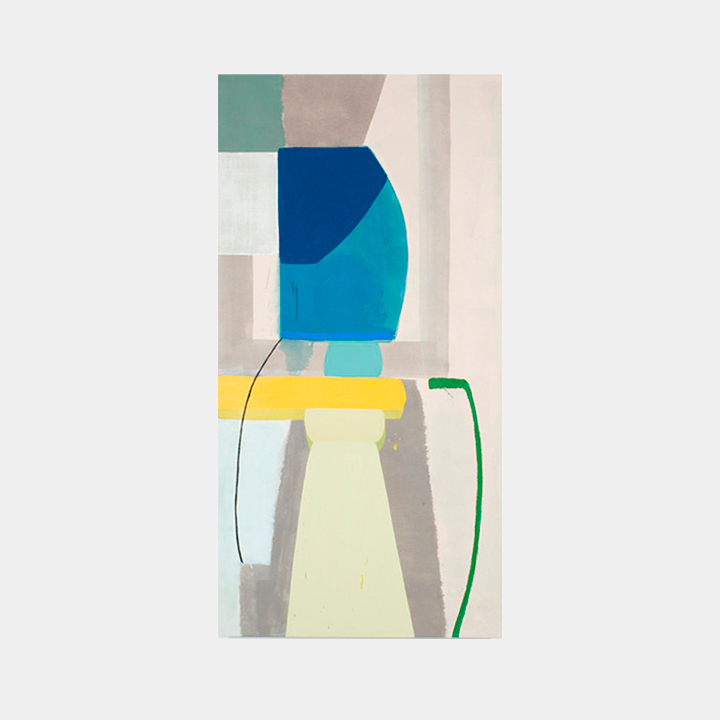 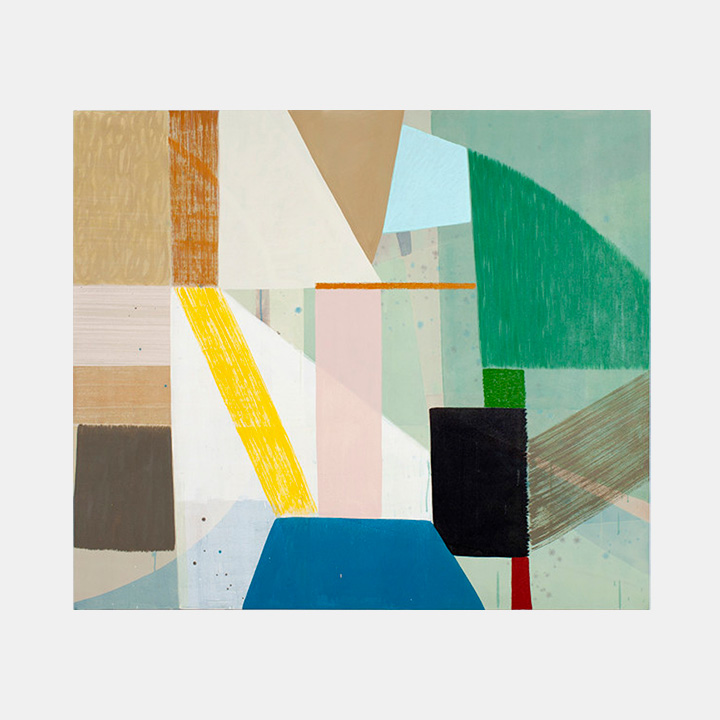 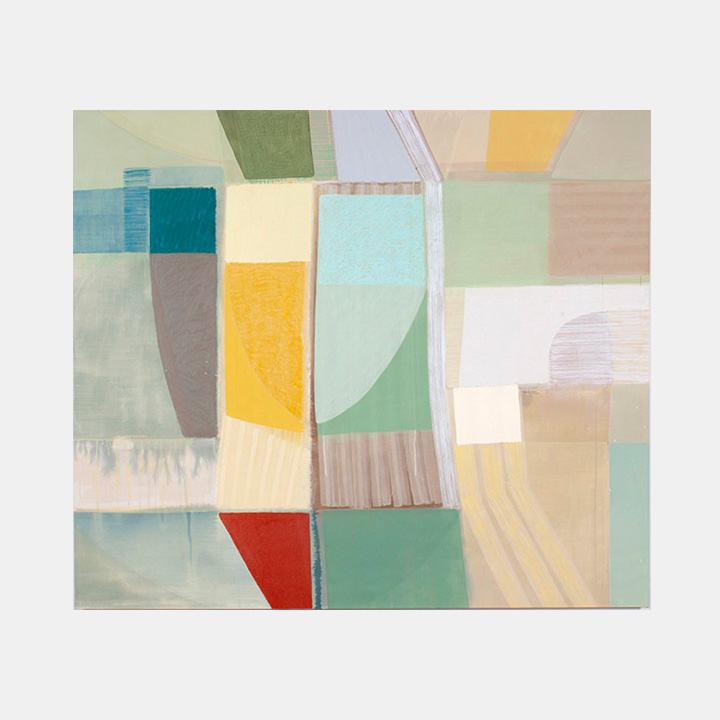 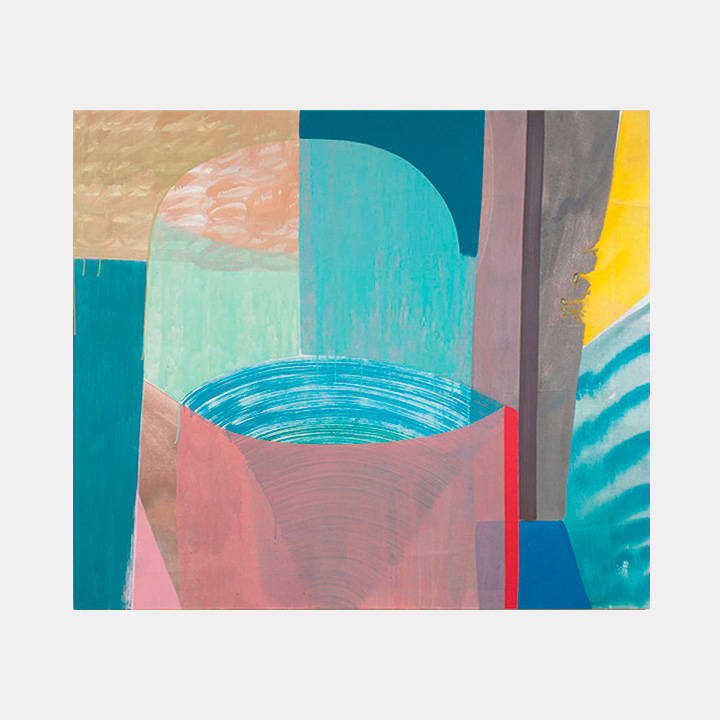 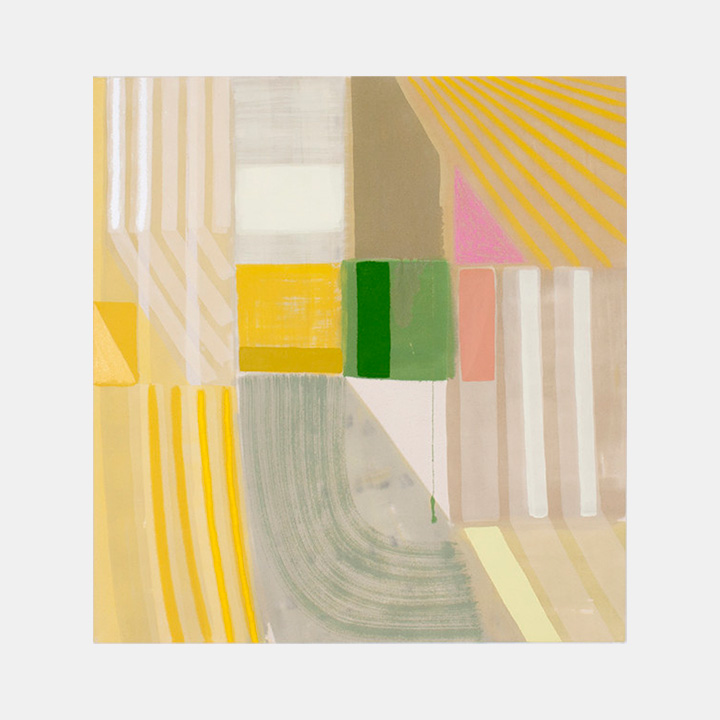 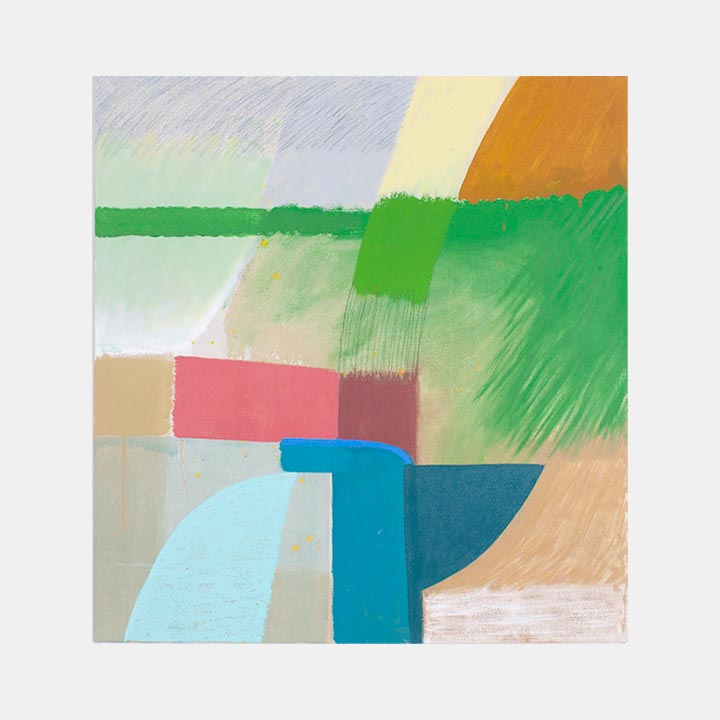